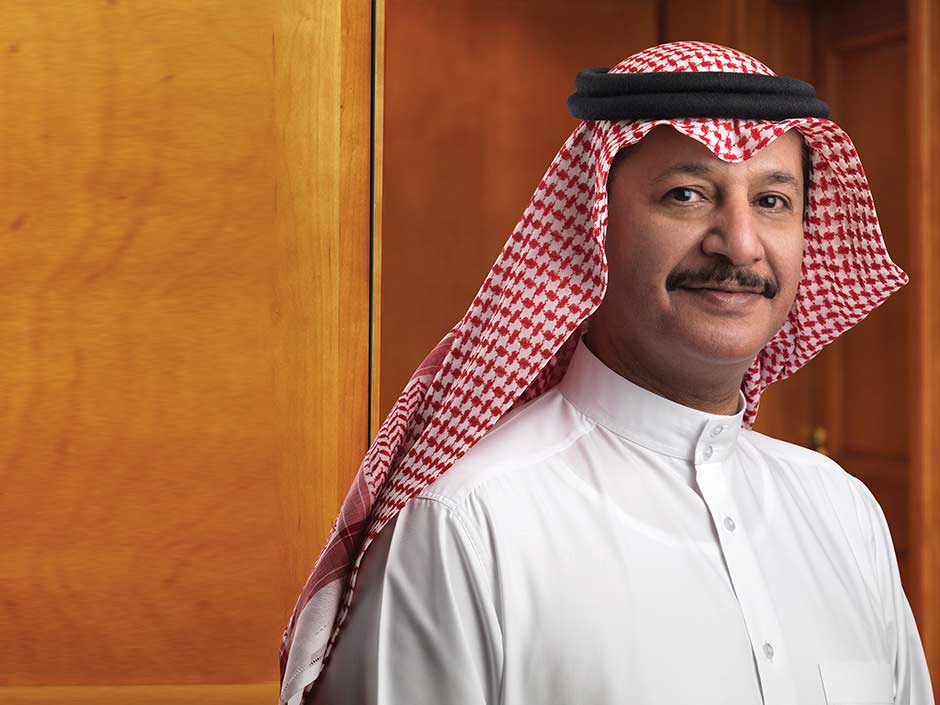 Member of the Executive, Nomination and Remuneration Committee (ENRC) 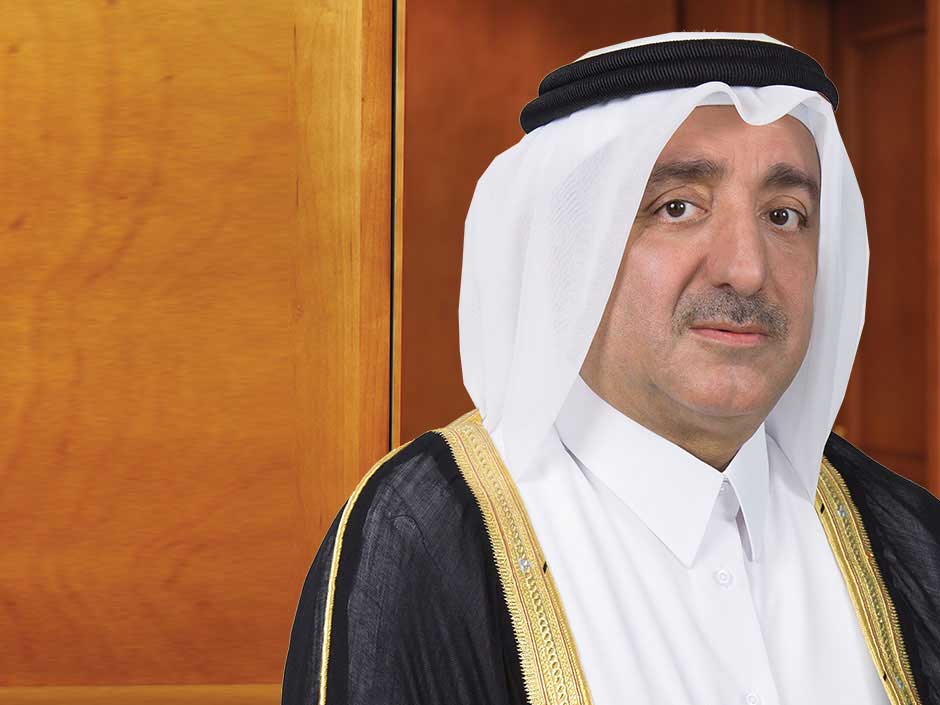 Member of the Credit Committee of the Board (CCB)

Mr. Mohammed Ismail Mandani Al Emadi has been a Director of the Bank since November 2014. He is also a member of the Board for The Commercial Bank (P.S.Q.C.) and a member of the Board of Alternatifbank A.S. (ABank), Turkey and has over 30 years of banking experience.  Mr. Al Emadi has held a number of key roles at Commercial Bank until 2006, after which he served as Chief Executive Officer of Qatar Real Estate Investment Company Q.S.C. up to 2011, and also served as its Director from 2003 until 2005. 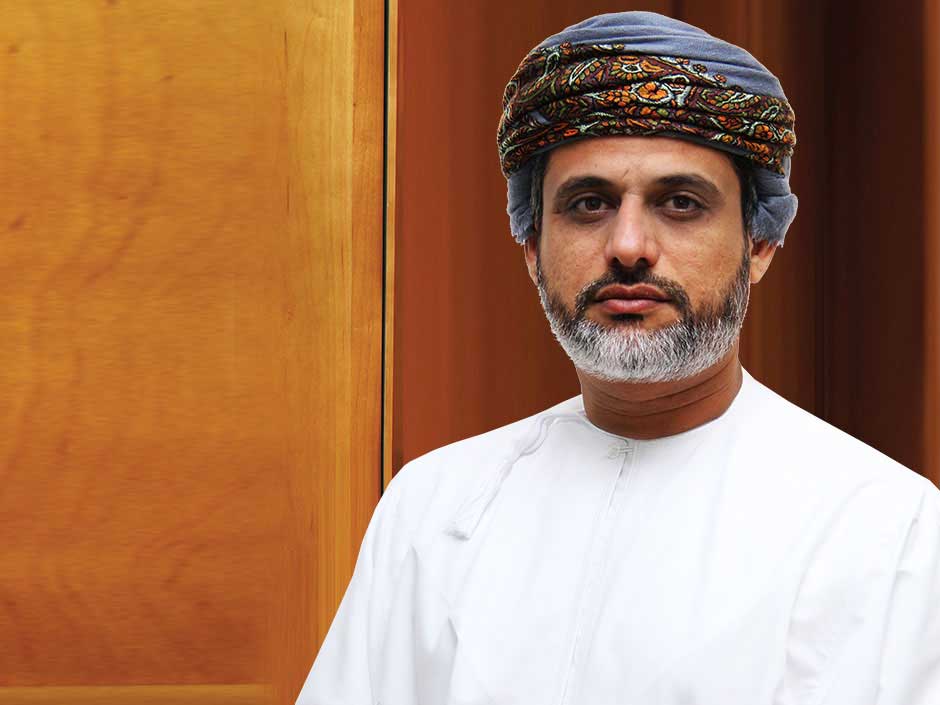 Mr. Hamad Mohammad Al Wahaibi has been a Director of the Bank since March 2014. He has 20 years of experience in the GCC. He has been a director of investment with the Ministry of Defense Pension Fund for the past six years. Mr. Al Wahaibi is also a member of the boards of Voltamp Energy Company and ACWA Power Company.
Mr. Al Wahaibi holds a Masters of Business Administration (MBA) degree, specializing in Finance, and he is a Chartered Financial Analyst (CFA) charter holder, Chartered Alternative Investment Analyst (CAIA) charter holder, as well as a Certificate in Investment Performance Measurement (CIPM) Certificate. 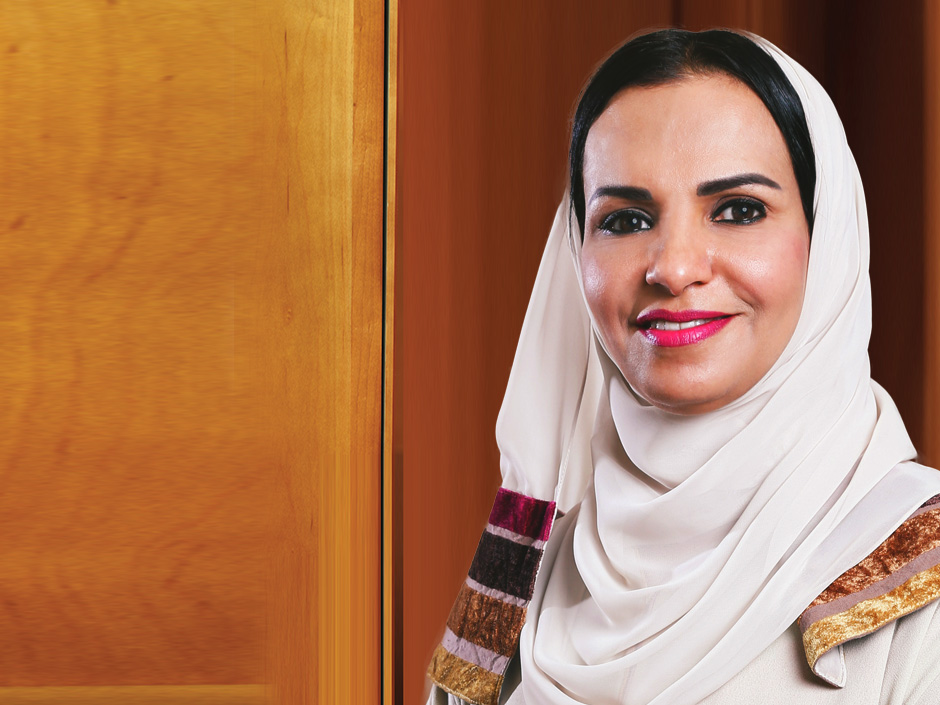 Member of the Executive, Nomination and Remuneration Committee (ENRC) and the Board Risk Committee (BRC).

Ms. Amal has a Bachelor's degree in Education and a Master's degree in Administration from the Sultan Qaboos University. 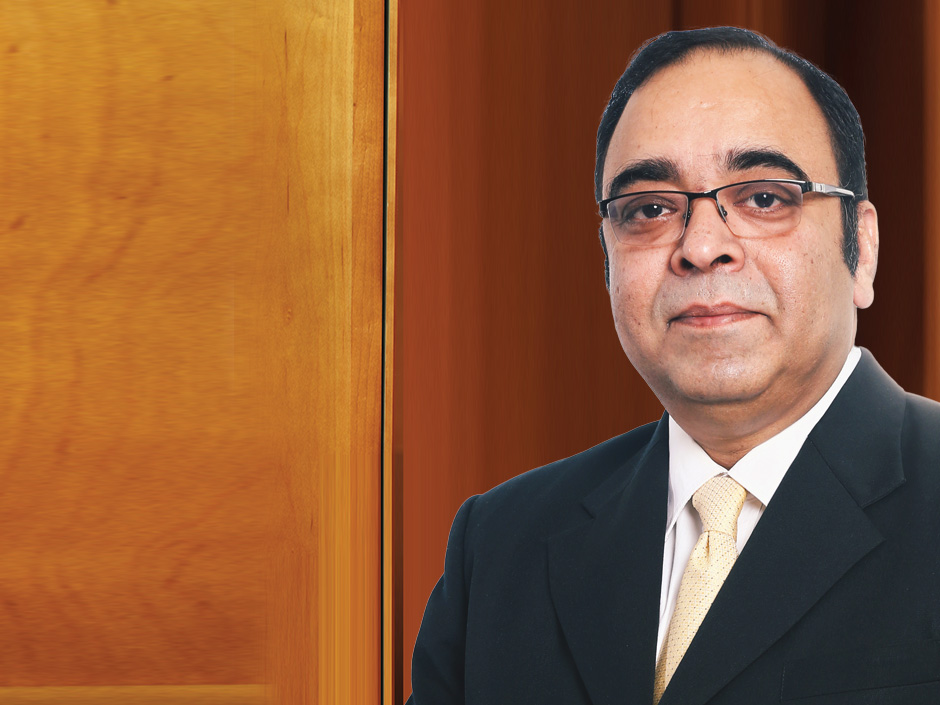 Chairperson of the Board Audit Committee (BAC)

Mr. Rahul Kar has been a Director of the Bank since April 2016. Mr. Kar is a Chartered Accountant and is currently working as the Financial Advisor to the Chairman of Suhail Bahwan Group Holding LLC. 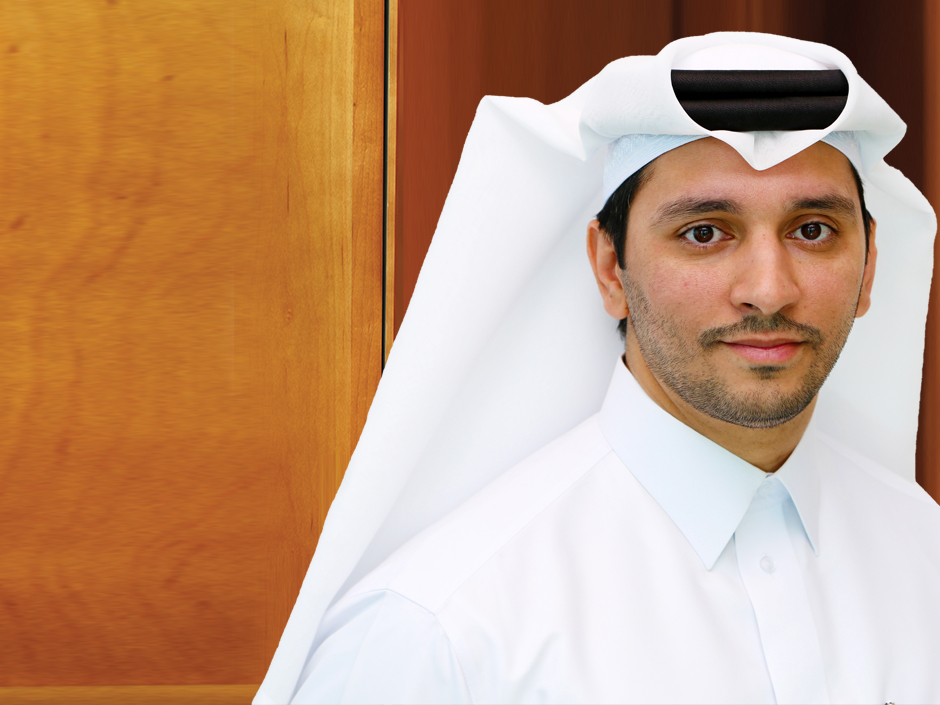 Mr. Fahad Badar has been a Director of the Bank since May 2016. He is also a member of the Board for United Arab Bank, P.J.S.C. in UAE since July 2016.
Mr. Badar's career at The Commercial Bank (P.S.Q.C.) in Qatar spans over 19 years. Prior to his current role as Executive General Manager, International Banking, he held a number of key roles in International Banking, the Government and Public Sector Relations and the Wholesale Banking Divisions.
Mr. Badar holds an MBA from Durham University, UK and a Bachelor of Arts Degree in Banking & Finance from the University of Wales. 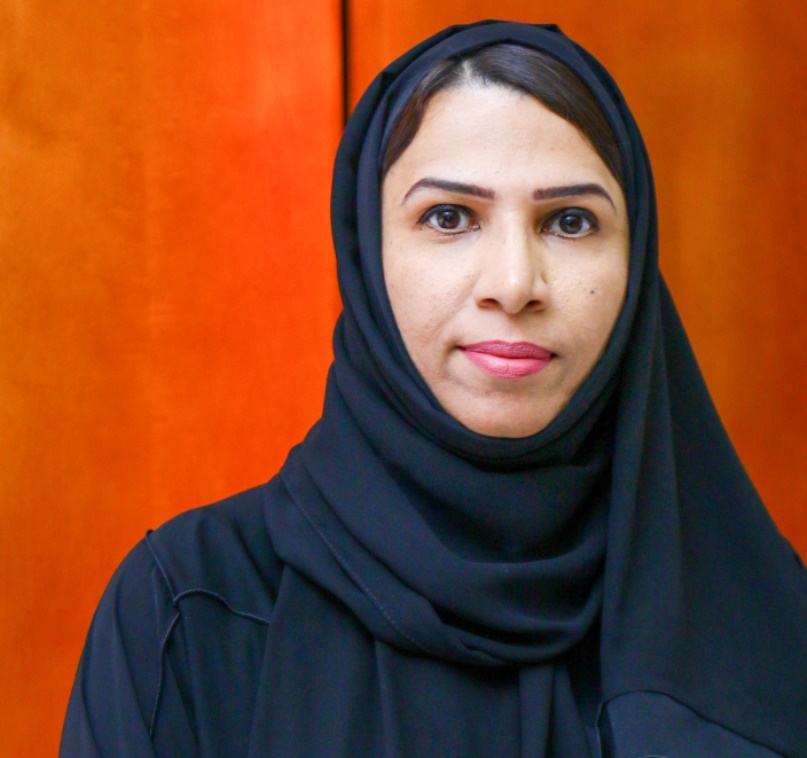 Member of Credit Committee of the Board (CCB)

Ms. Najat Ali Al Lawatia was elected as a Director of the Bank at the AGM in March 2017. She holds a Commerce Bachelor Degree in accounting and has attended various courses in diverse fields of financial management, audit, investments etc. She is working as the Deputy Director General for Support Services with Civil Service Employees Pension Fund and has more than 20 years of relevant experience.

Ms. Najat is also a Director and Chairperson of Audit Committee of Oman Cement Company SAOG. 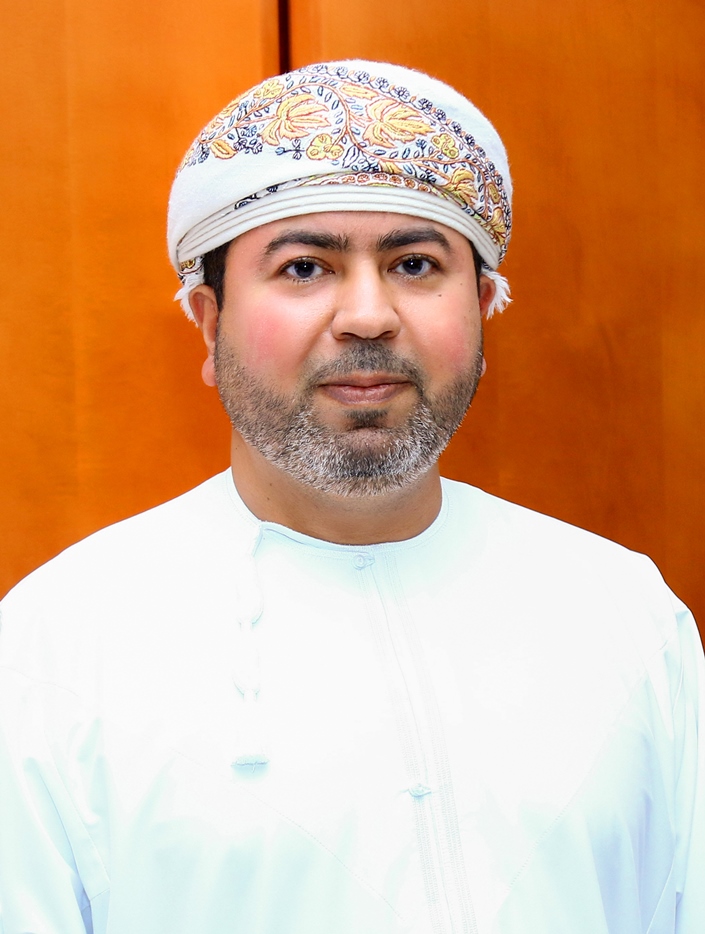 Mr. Al Hashar joined NBO Board as a representative of the Public Authority for Social Insurance (PASI) in March 2017. He is currently the Authority's Director of Investments. He has over 20 years of experience in finance and investment management, and represents PASI on the boards of numerous public and private companies. He is also a Board Director at National Life & General Insurance Company SAOG and Oman National Investments Development Company SAOC (TANMIA).
Mr. Al Hashar holds a Master's Degree in Finance and Investment Management. 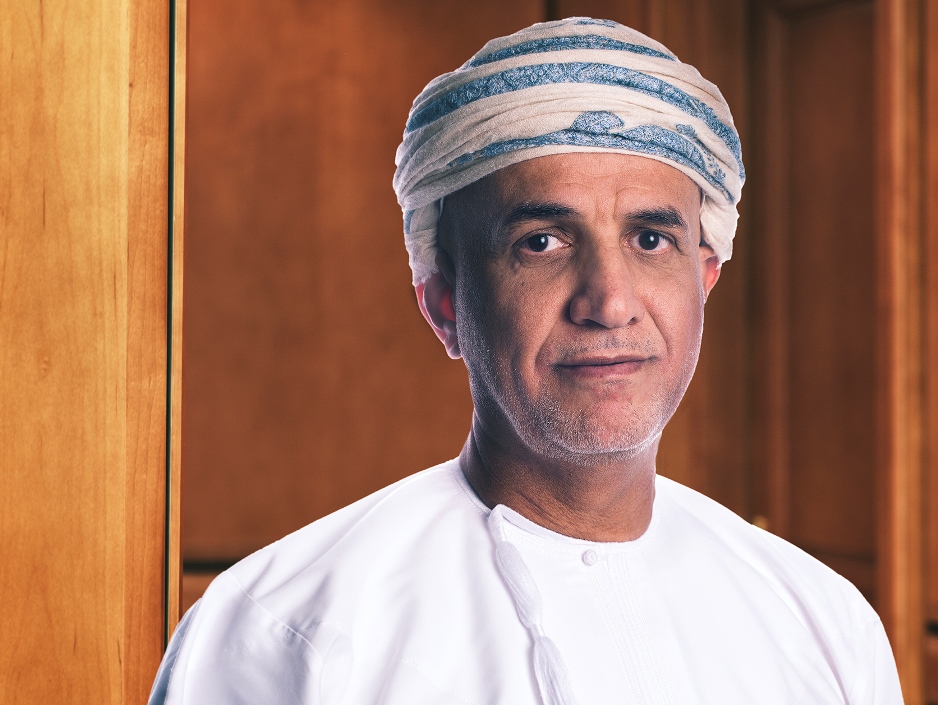 Sheikh Rashid has been a member of the Board of Directors since August 2017, and is a renowned financial and investment banker, business executive, entrepreneur and philanthropist.  Sheikh Rashid is also the CEO of TANMIA, a company that actively contributes to the Sultanate's economic development.
Sheikh Rashid holds a B.Sc. in Business Administration from Rollins College, USA. His career is marked by many significant achievements and milestones; including a twelve year stint with the Diwan of Royal Court.

In 2000, Sheikh Rashid was appointed CEO of TANMIA, which was setting up its Investment Fund with the Muscat Securities Market at the time. Following his appointment, the Board of Directors decided to transfer the responsibilities of managing the fund to the company directly, and two new Funds were set up subsequently; a Private Equity Fund, the GCC Investment Fund, and the Sharia Fund in 2013. In addition, Sheikh Rashid also drove direct investments into various industries, including and not limited to Real Estate Development; the company played an active role in the development of the Al Mouj Muscat Project, and in the Tourism sector, the company played a key role in setting up the Kempinski Hotel, Muscat. In the Industrial Sector the company contributed to the establishment of Octal Petrochemicals, also extending into the retail sector by partnering with Al Meera Group to set up its business in the Sultanate.

In addition to his executive responsibilities, Sheikh Rashid is the Chairman of Board of Directors of Takaful Oman SAOG and A'saffa Foods SAOG. He is also a Director on the Boards of Oman National Finance Co. SAOG, Minerals Development Company SAOC, Muscat National Development and Investment SAOC, Almouj Muscat & Oman Hospitality Company. 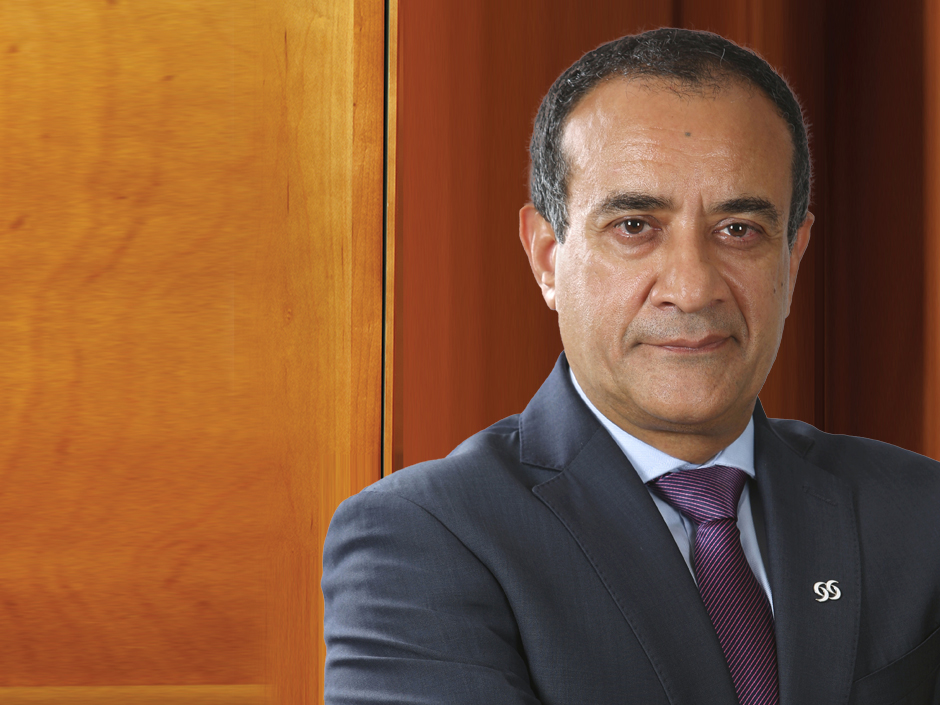 Member of the Executive, Nomination and Remuneration Committee (ENRC) and Credit Committee of the Board (CCB)

Mr. Abraham was appointed as a Board Member of NBO in May 2018.

Mr. Abraham is the Group Chief Executive Officer of The Commercial Bank as well as Vice-Chairman of the Board of Directors of Alternatif Bank and a Board Director of the United Arab Bank, UAE. He has extensive banking experience across both developed and emerging markets. Before joining The Commercial Bank in June 2016, he was CEO of ANZ Indonesia (Australia and New Zealand Banking Group) based in Jakarta, a position he served in from 2008 to 2016. Mr. Abraham has an MBA from the Graduate School of Business, Stanford University, California and has worked in Indonesia, Singapore, Hong Kong, Ghana, UK and India in various country and regional banking roles with a successful track record covering general management, corporate banking, strategy, product management as well as acquisitions and integrations. Mr. Abraham was appointed as a Board Member of Alternatif Bank in December 2016. 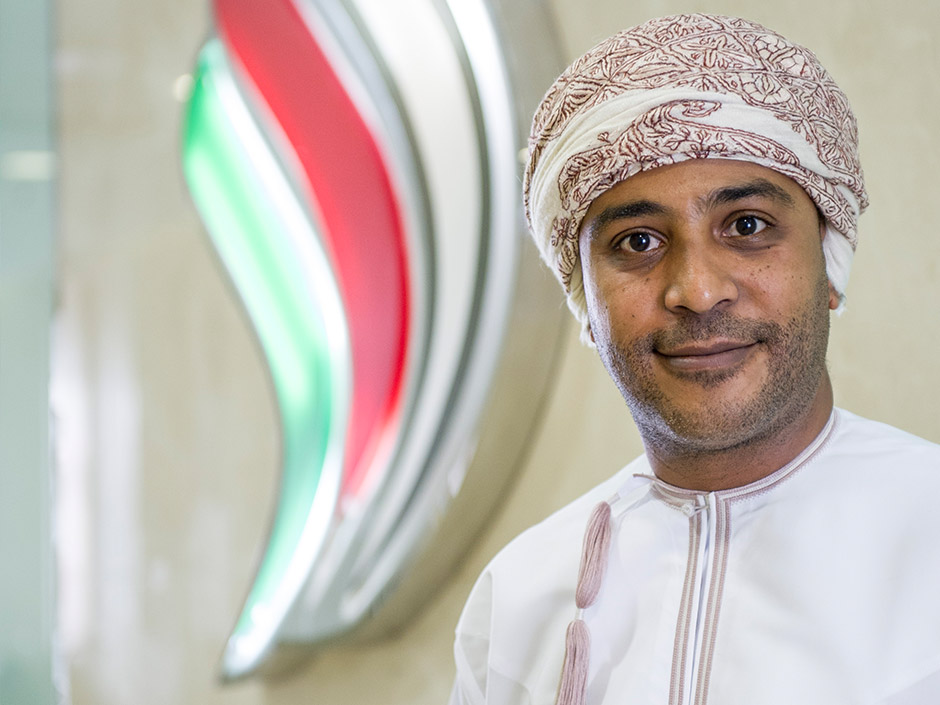 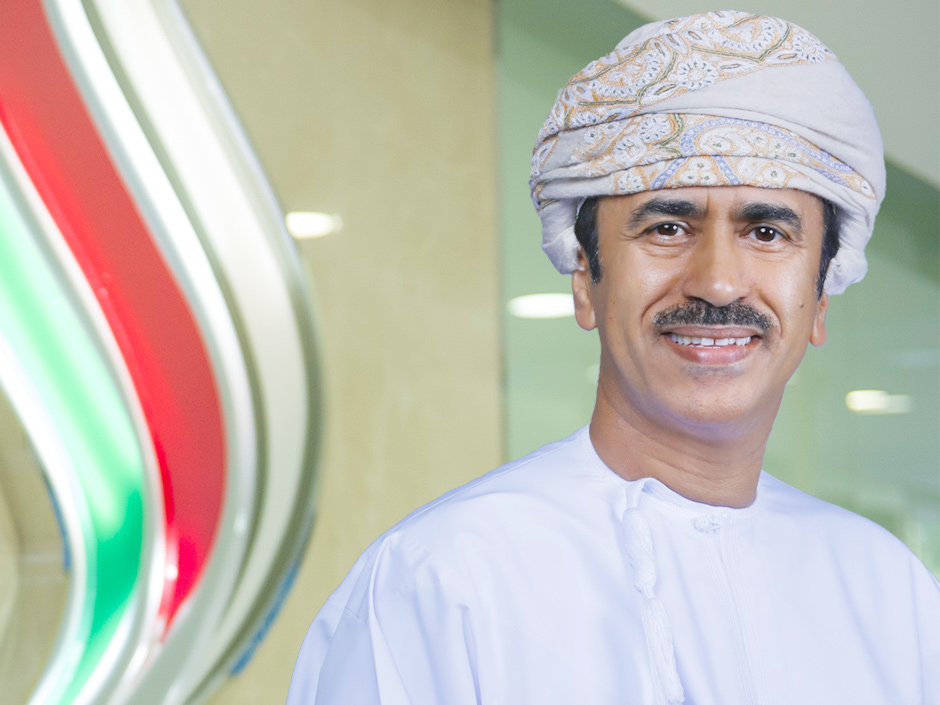 Nasser has started his career in the Military Sector as a Biomedical Engineer then in 1994, he had worked in Oil & Gas Sector – Oman Refinery Company/ORPIC as a Planning Engineer.

Nasser sits on the Board of Directors of several organizations including Oman Tourism Development Company (OMRAN), Public Authority for Mining and Fund for Development of Youth Projects (Sharakah). He was a Board member - Project Management Institute (PMI) – Arabian Gulf Chapter and President - Project Management Institute (PMI) – Sultanate of Oman

Nasser completed the Advanced Management Program at Harvard University, and holds a Master's degree in Business Administration from the University Hull, UK and an Electrical and Biomedical Engineering Degree from University of Toledo – OHIO state - USA. 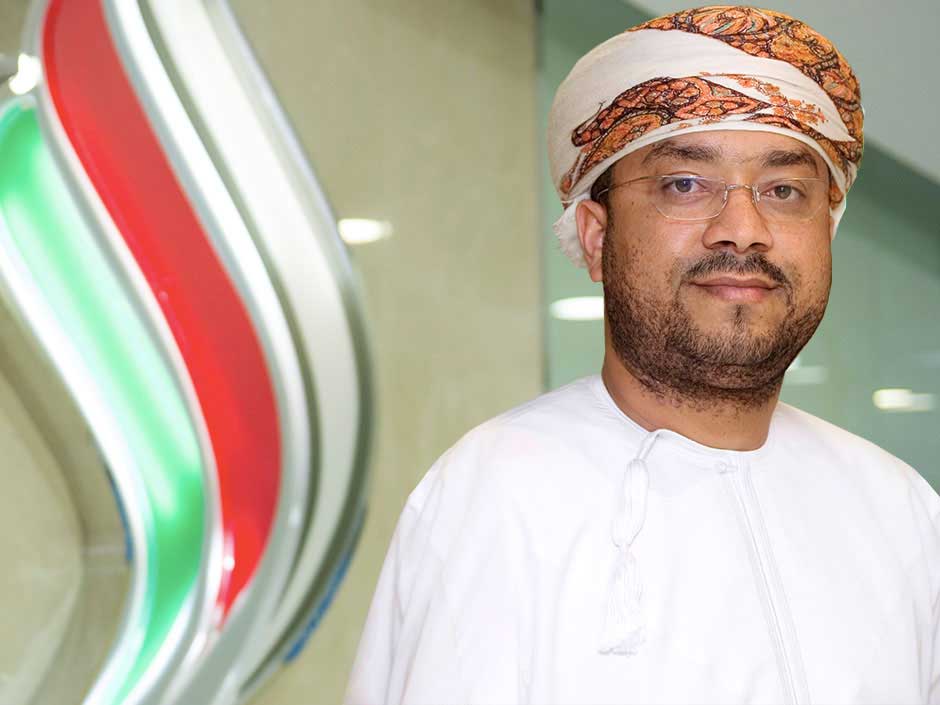 Nasser Al Rashdi joined National Bank of Oman in June 1993 as the first management trainee. Throughout his 20-year tenure, he has made significant contributions to the development of the bank in various areas including corporate banking, risk management (corporate, retail, operational risk, information security and business continuity), internal audit, asset-liability management, investment banking, strategic and business planning and remedial management.

Al Rashdi has been an integral member of National Bank of Oman’s senior management - prior to becoming the Chief Internal Auditor; he was Chief Risk Officer (July 2008 - October 2010) and a member of various management committees such as ALCO, Risk, Executive and Tender Committees. 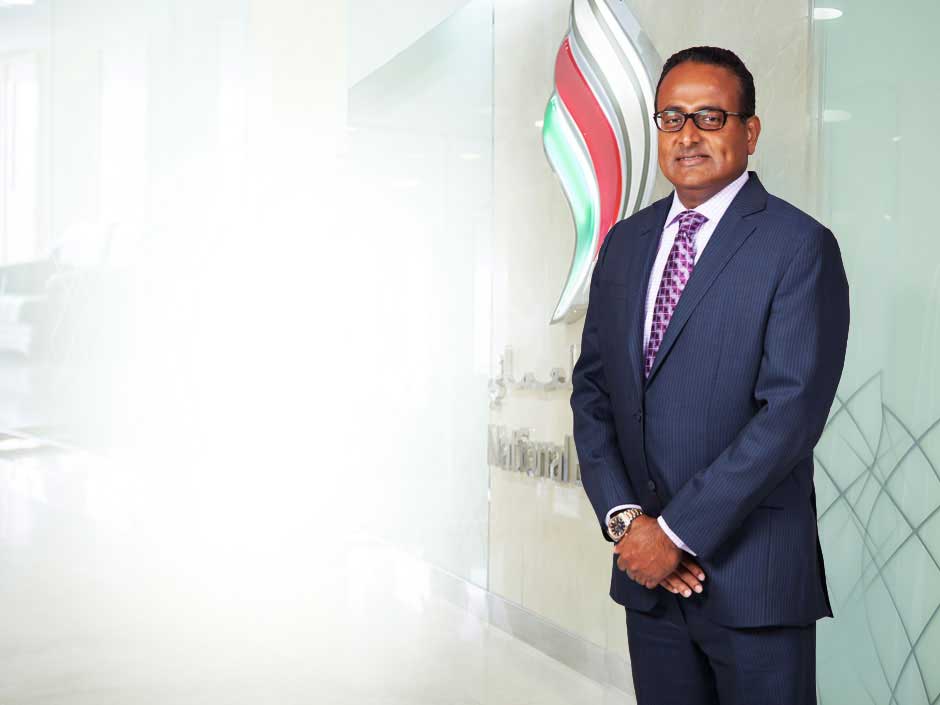 Ananth Venkat is responsible for all of National Bank of Oman’s financial affairs in Oman and abroad. As CFO, he plays a crucial role in delivering long-term sustainable growth and promoting a culture of high performance and excellence across the organisation.

Venkat was appointed CFO in 2013 following more than two decades of experience with leading financial institutions across the Middle East and Africa. He bring expertise to National Bank of Oman in asset and liability Management (ALCO), strategic planning, corporate governance, risk and compliance, and developing relationships with investors, analysts and rating agencies. He also has extensive experience working within regulatory frameworks such as Basel II & III, International Financial Reporting Standards (IFRS) and Sarbanes-Oxley.

Before joining National Bank of Oman, Venkat served as CFO of RAKBANK in the United Arab Emirates, prior to which he was CFO of Saudi Hollandi Bank in Saudi Arabia. He has also held senior leadership positions at Barclays Africa, where he served as a board member of several Barclays subsidiaries in Sub Saharan Africa, and Ahli United Bank in Qatar. He began his career in India as a financial consultant with A.F. Ferguson & Co., before relocating to Africa to work as a senior auditor with KPMG Peat Marwick, and, later, PricewaterhouseCoopers.

Venkat holds a Bachelor of Commerce from Madurai University, India. He is an Associate Member of the Institute of Chartered Accountants of India and has completed numerous specialist finance courses on topics such as anti-money laundering, market risk, IFRS, Basel II, Sarbanes-Oxley, Islamic banking, derivatives and options. 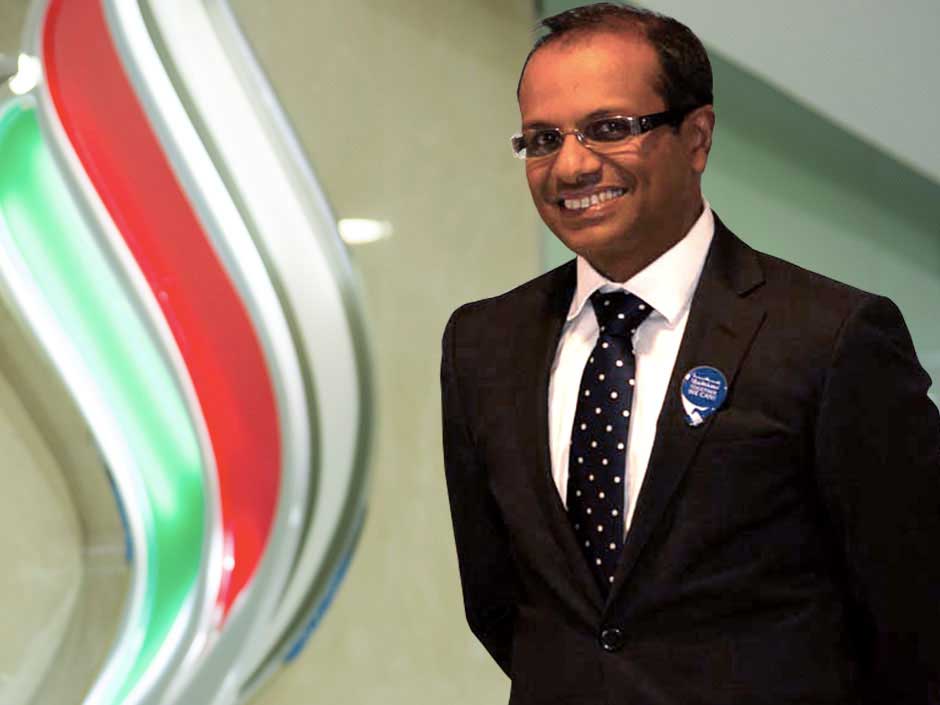 Faizal Eledath has been National Bank of Oman’s Chief Information Officer since October 2012. He leads the bank’s IT and Enterprise Project Management Office and is responsible for ensuring that new technologies and distribution channels are effectively leveraged to enhance customer experience along with the bank’s overall productivity, effectiveness and competitiveness.

With over 20 years of experience in the fields of banking strategy, technology, operations and management, he has a proven track record of successfully implementing strategic, business-critical technology and operational initiatives. International Data Group (IDG), the leading technology media, events and research company, has twice named Eledath among the region’s Top 20 CIOs.

Eledath has overseen the successful implementation of several major IT programmes during his time at the bank, primarily around customer centricity. This has included the launch of the Muzn Islamic banking window, the migration to chip and PIN, the implementation of a new treasury system and new corporate loan origination system, the reengineering of end-to-end processes to reduce the overall turnaround time of key enterprise processes, and the upgrade of IT and security infrastructure.

Before joining National Bank of Oman, Eledath served as CIO of Dubai Bank, an Islamic bank in the UAE that later became part of Emirates Islamic Bank. Prior to this, he was Vice President, Information Technology Solutions at Mashreq Bank, UAE, with responsibility for all channels, including branch systems, call centres, Internet banking, ATMs, credit card systems and CRM systems. He began his career in 1992 as a Senior Systems Analyst at Oman Computer Services (OCS).

Eledath holds a Bachelor’s degree in Computer Science from Bharathiar University, India, and a Master’s degree in Computer Science from the University of Alabama at Birmingham. He also has as an MBA from Southern New Hampshire University, USA, and has attended executive education programmes at Harvard Business School on subjects including launching new ventures and the small business life cycle. 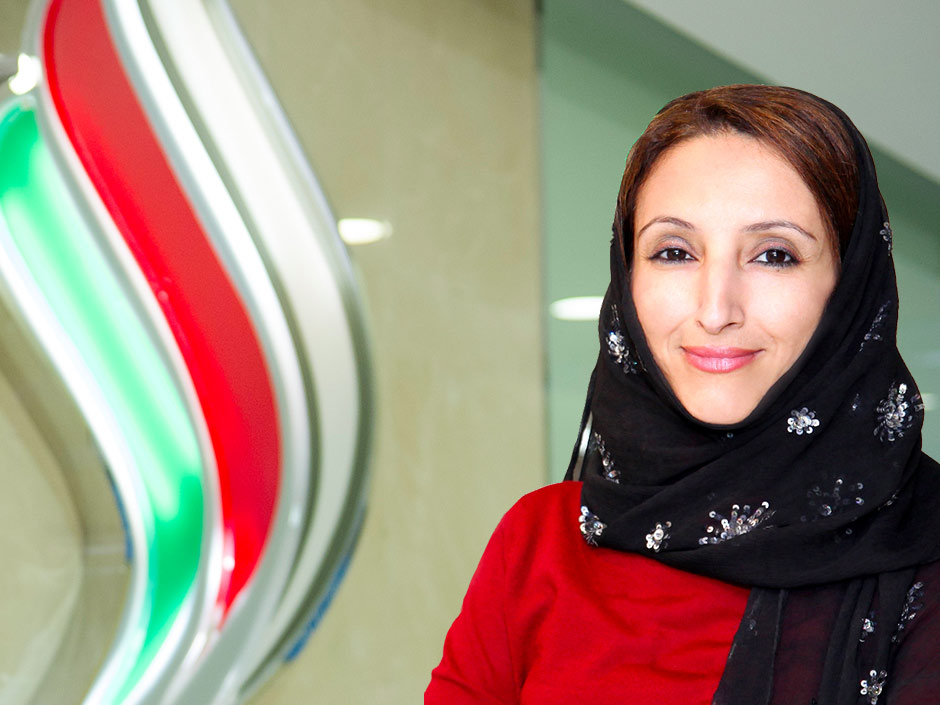 ​Salma Al Jaaidi joined the bank in 2003 in the Risk Group. Prior to becoming Chief Risk Officer she was the Deputy Chief Risk Officer. She has a Master's in Business Administration. With a career spanning over 29 years with various leading financial institutions such as Standard Chartered and Majan International Bank. 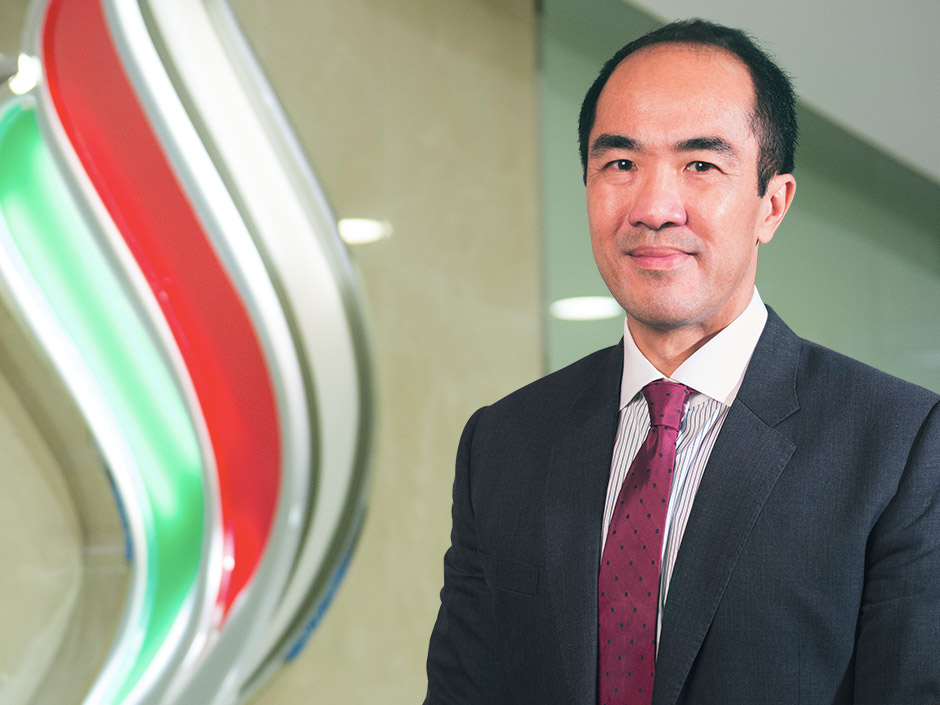 ​John is a Malaysian National and a senior consumer banking professional with extensive experience in Singapore, Malaysia, South Asia, Africa, Qatar, Kuwait and the UAE.
In his career of around 3 decades, he has worked at senior Retail Banking positions with leading financial institutions such as Noor Bank UAE, Abu Dhabi Finance, Burgan Bank – Kuwait and Commercial Bank of Qatar in the GCC. His global experience includes Standard Chartered Bank whereby he worked at various senior level positions in Singapore, Malaysia, UAE, Ghana, Bangladesh from 1984 to 2004.
Mr. John has completed his MBA from the City University, London, UK and an Advanced Management Program from INSEAD, France.​​ 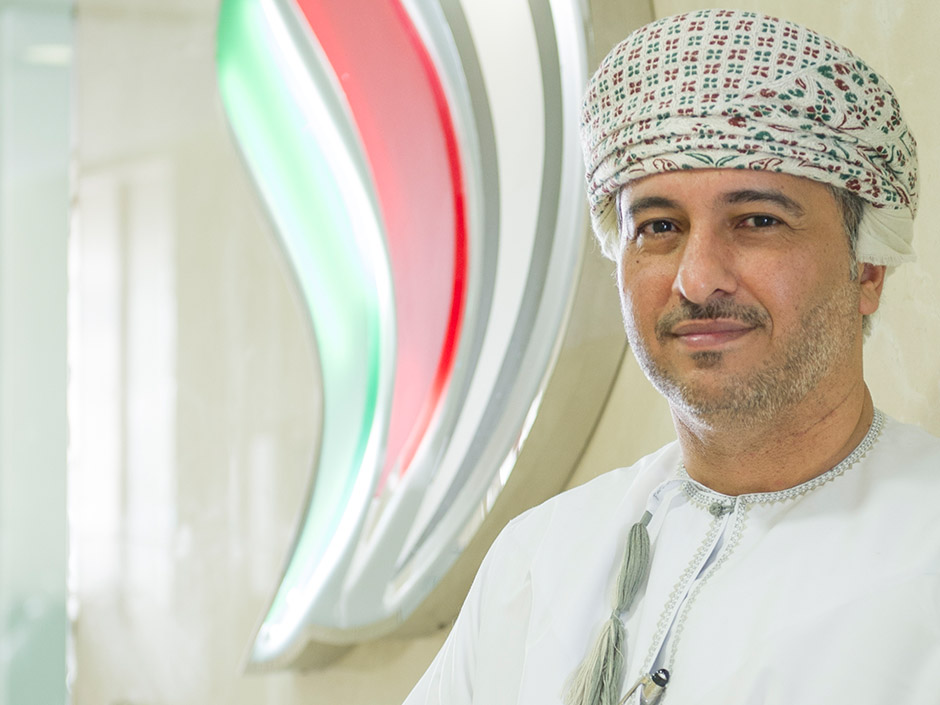 WRITE TO US FOR COMPLAINTS & FEEDBACK